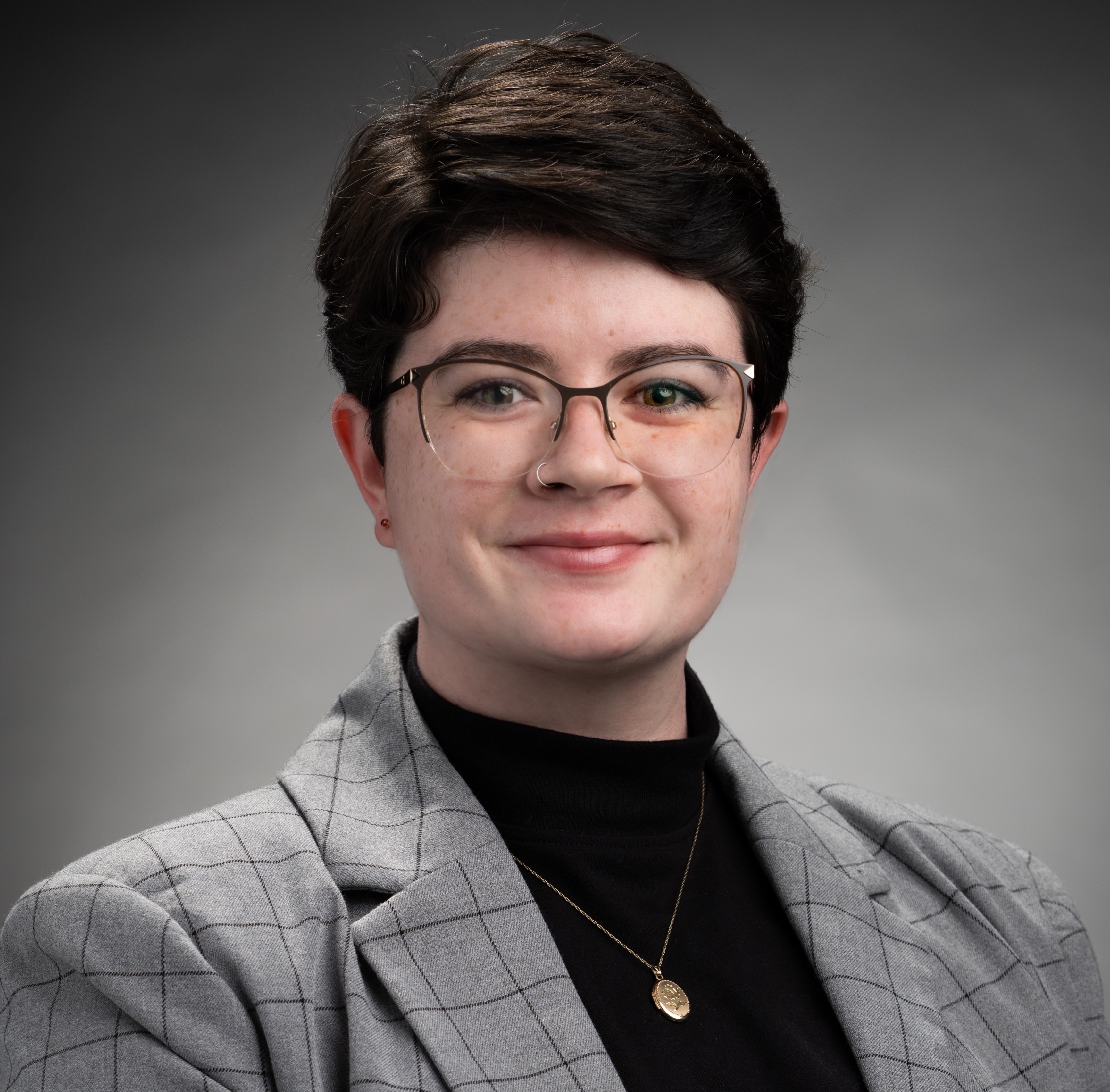 Education: I graduated with Honors from Johns Hopkins University in 2022 with an M.S. in Applied Physics. I graduated from the University of Kentucky in 2019 with a B.S. in Mathematics.

Lunar Vertex Mission
I am a co-investigator and instrument scientist on the Lunar Vertex mission, working on sensor characterization and testing for the Vector Magnetometer instrument suites and implementing the novel gradiometry algorithm to be used to analyze noise sources during the mission. I am interested in the magnetic topology and ambipolar electric fields of the Reiner Gamma magnetic anomaly which may be related to the development of the swirl pattern and photometric and spectroscopic properties of the region. I use a miniature magnetosphere model developed as part of my master's thesis to investigate variable solar wind conditions that may occur over the course of the mission and potential effects that may be observed by the Vector Magnetometer Lander and Vector Magnetometer Rover instruments.

Lunar Swirls
I worked with Dr. Joshua Cahill at the Johns Hopkins University Applied Physics Laboratory (APL) studying lunar magnetism and UV-visible spectroscopy. I focused on the intersection of these observations to interpret how space weathering manifests upon the lunar regolith. Above is an animation I created of a potential "miniature magnetosphere" generated by the Reiner Gamma magnetic anomaly undergoing compression by varying solar wind dynamic pressure, which exposes the underlying regolith to high energy particles that may unevenly weather the surface, creating the associated photometric anomaly. The future Lunar Vertex landing site is marked by a dark blue arrow, and this model will be compared to measurements obtained during landing and the mission duration on the surface. Below is another visualization of Reiner Gamma from my master's thesis work, which involved mapping and analyzing four ultraviolet datasets from the Lunar Reconnaissance Orbiter (LRO) Wide Angle Camera and Lyman-Alpha Mapping Project (see Waller et al., 2022). 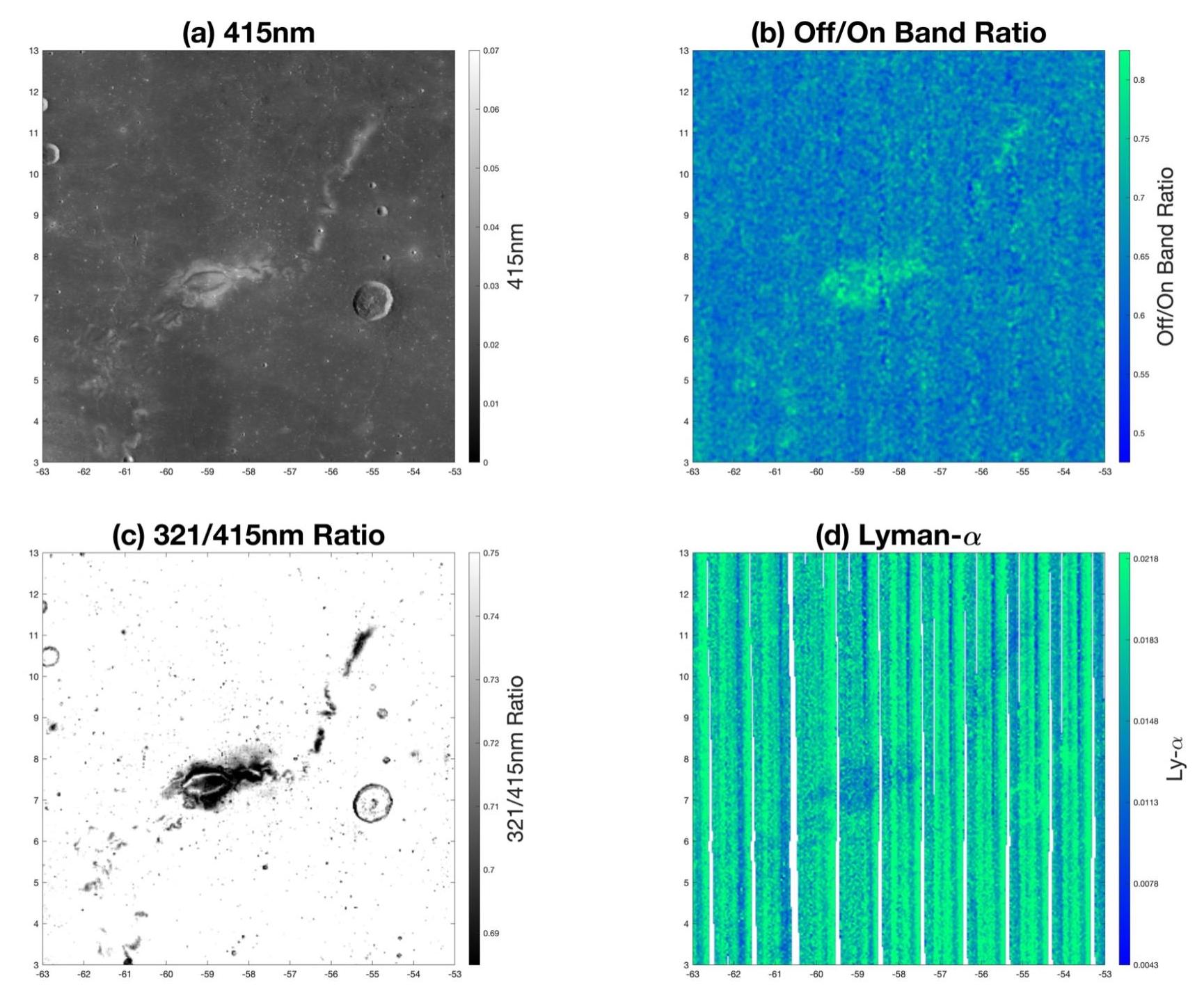 Global Lunar Magnetics Map
I previously worked with Dr. Dhananjay Ravat at the University of Kentucky, using Clementine and Lunar Prospector (LP) data to produce high resolution maps of the lunar swirl named Reiner Gamma (seen below). I created models of the crustal magnetic anomaly associated with this lunar swirl to constrain the subsurface geometry of the source, in pursuit of understanding the formation of the anomaly. We also created a highly refined dataset from the LP magnetometer to apply a new inversion technique and produce a high-resolution global map of magnetic anomalies on the lunar surface.

Global Martian Magnetics Map
During my time with Dr. Ravat, I also processed MAVEN magnetometer data to help produce a global map of the Martian magnetosphere. I combined and refined monthly downlinks of MAVEN data, and mentored two students who joined the lab when I was a senior.

Teaching: I have created and taught week-long STEM camps, daily workshops, self-directed exhibits and demonstrations, and visited many classrooms as a guest speaker. As director of the Farish Planetarium, I hosted daily field trips and weekly public planetarium shows. As an undergraduate, I taught an experiential learning course where students designed and executed their own STEM workshops with underserved middle school students from rural Kentucky. I also worked in the University of Kentucky Math Lab during my junior and senior year, assisting with development and implementation of mathematical visualization aids for introductory math courses. We 3D printed models and puzzles, created models using video games such as Minecraft, and even produced two large-scale sewing projects. Our mathematical theorem quilts were presented at the 2020 Joint Mathematics Meeting.

Policy: I have partnered with the American Physical Society (APS) and the American Geophysical Union (AGU) to engage with local and regional policymakers, advocating on a variety of science policy issues. In 2020, I was recognized for my work with the APS 5 Sigma Physicist award.

Outreach: I volunteer as a NASA Solar System Ambassador as a resource for the public to learn about NASA's past, present, and future work. I have hosted over 2 dozen public lectures at observatories (like the MacAdam Student Observatory above), libraries, schools, coffee shops, bars, and other community organizations throughout Kentucky.

Equity & Inclusion: I have been a mentor in NASA Goddard's Association for Post-docs, Students, and Early Career Scientists (NGAPS+) and have been deeply involved with APS in an effort to improve the culture of physics. I created several resources in the Earth & Space Science classrooms at the Living Arts & Science Center for students to learn about underrepresented scientists and explorers, and diversified the Farish Planetarium show catalogue to include astronomy and mythology from over a dozen different cultures. I was the undergraduate chapter representative for the University of Kentucky Association for Women in Mathematics during my senior year.

I am open to collaboration for research and outreach, please reach out at my email linked below!